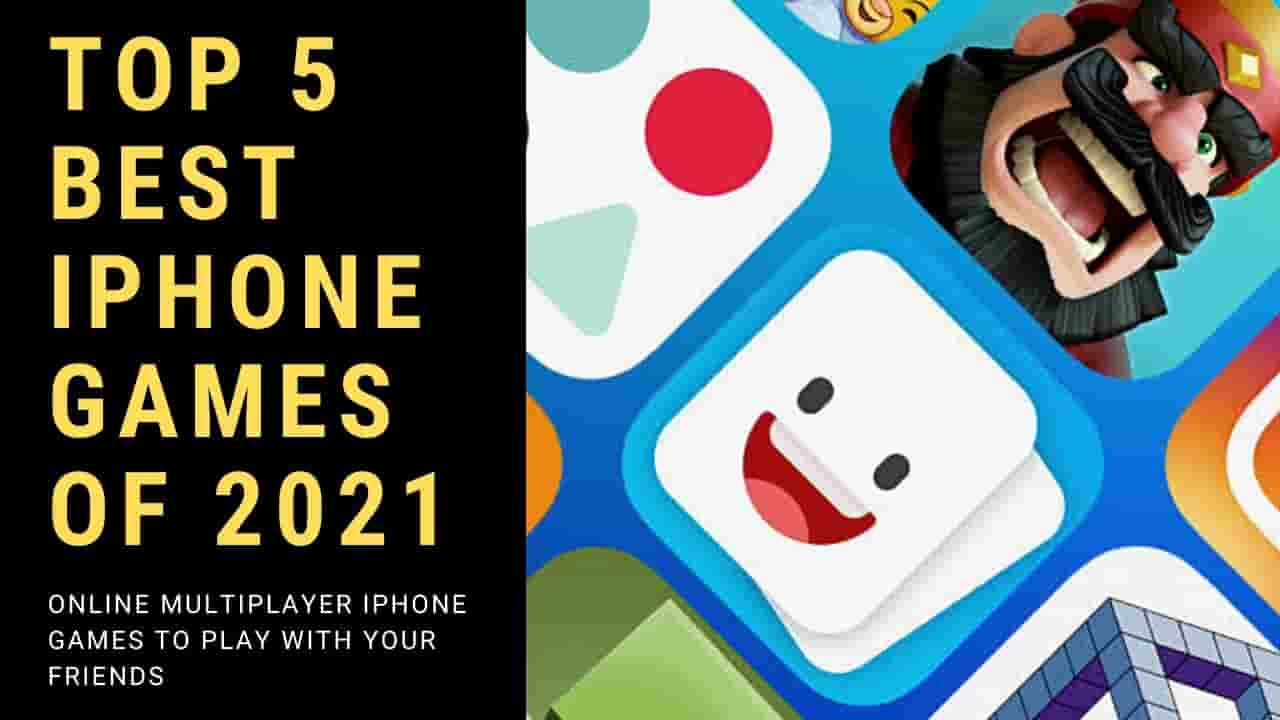 Like Android Multiplayer games, you can also found the best iPhone games to play with friends online or offline. But you don’t have so many options like Android users,

So you will search on AppStore about,

Then, you get results as a paid games or games that you already played but you want new games, right! So here I am to help you by bringing the list of the top 5 best iPhone Games to Play with Friends Online in 2021.

Now ready your friends to play and let’s jump into the list,

All iPhone games are new and need an internet connection to play. Some of the games need apple arcade to play.

This is a third-person Shooter just a little bit less violent as you use colored ink as ammunition. Players shoot paint rather than slugs and reload their weapons by swimming through the bright goop.

A weapon material(ink) is also used to cover the ground or top off your reinforcement tank. The game has the same concept and mechanisms as the splatoon.

The game fits perfectly with the style of the apple arcade. Two players can play together. You can play modes such as friendly match competitions, penalty matches, and party tournaments.

This is the best new Multiplayer soccer game for iPhone in 2021.

Watch Now!! The best PPSSPP games for android in 2021.

It is a brand-new way to drive. You have to Take control of your vehicle and enter a high-speed tournament to test your creative driving abilities and skills. Your vehicle can be a transport around the track to discover alternate ways and covered up courses.

It has a two-player split-screen but only on apple tv and mac with your friend you can play all the races together. Keep in mind, it’s not the most fleshed-out game and honestly, it can be quite repetitive so after some time you might get bored.

Frogger in my town

Frogger in my town is a classic 3D frog-action platformer game developed by KONAMI.

One stormy evening, a cyclone moved through a residential neighborhood, gathering up the city’s junk and trees, just as some poor, clueless froglets.

Frogger, who figured out how to protect from the storm inside his den, is approached to help save the froglets, who have been left abandoned inside human houses.

The houses might be loaded up with risk, yet Frogger is the one in particular who can save the froglets. It’s an ideal opportunity to take that first bounce and start your experience!

it has a co-op mode that allows two friends to play together on one screen. One player acts as the host and the other player acts as a helper using his or her device as a controller. Then together you will go forward in levels as you avoid the numerous obstacles in your path.

It’s a pretty chaotic iPhone game to play with friends!

In the game, players can battle with others or play cooperative battles against game bots. The gameplay is team-based by establishing a group of up to 3 players to join in fight battles together. also, an advanced player vs environment PVE battle mode.

The features like Various level ships & various weapons, A unique update system for each ship of yours, More than 20 battleships of the legendary World Wars, a Weather change system, and Touch control & several versions, including the gyroscope!

The beautiful graphics and detailed warships will give all lovers of sea battles a realistic experience.

WATCH NOW! This article features the list of Top 10 FREE Offline Games to play on Android without internet

That’s it for today, I hope you like this article and get the best iPhone games to Play with Friends online.

Whatever I have written in this article is my honest opinion and backed by intensive research. No game in this article has sponsored me and I am not with or against any brand.